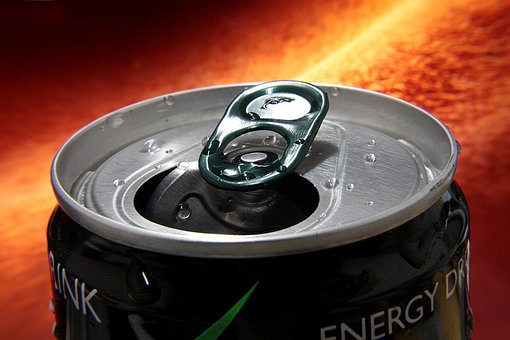 Energy drink facts, the most important of which is that “Knowledge is power”. Knowing the energy drink facts is essential to clear up the confusion and fear surrounding these heavily promoted and unfamiliar potions.

Separating the fact from the marketing hype is another thing which we will deal with in a minute.

Q: What are the most common ingredients in energy drinks and what do they do?

Caffeine is the most popular stimulant on the planet, used by 90% of Americans, for example. In moderation, it has been found to boost endurance, memory, and athletic performance.

It must be noted that guarana is much different in its effects than anhydrous caffeine. It provides a longer-lasting alertness, with no nervousness often due to other forms of caffeine.

A: Sugar, in some form, is the other major ingredient in energy drinks. Sometimes artificial sweeteners are utilised to reduce the calorie content and some of these, especially aspartame, present their own health issues.

Q: What are these minor ingredients, such as Taurine, B vitamins, ginseng, milk thistle extract, other vitamins and herbs? Are they just”window dressing” or do they serve a genuine purpose?

A: Here, the energy drink facts are less than clear. On the other hand, it’s not known what amounts of taurine must be present to counteract the free radicals produced from the energy increase catalyzed by the large amounts of Caffeine in these beverages. In my experience, in the better combinations, there does seem to be a noticeable improvement over a simple combination of tea or coffee and sugar.

In any process of turning food into energy, B vitamins are used as co-factors. Vitamin B-12 is especially important and is deficient in many older adults. Vitamin C is an important antioxidant, which may counteract and neutralize the free radicals generated from the energy metabolism stimulated by these drinks. The quantities of these vitamins and amino acids change, but are well within safe levels typically. Bottom Line: These shouldn’t be a problem; they have an actual function and no known dangers in voluminous research.

Ginseng has been used for centuries in traditional Chinese medicine as an general modulator of hormonal action to bring balance in the body. Milk thistle is a well-researched herb that is used in cleansing the liver of toxins — this may serve a function when consuming alcoholic drinks mixed with energy drinks, as a hangover preventative. Ginkgo is believed to be a memory enhancer — this may be useful, or may be marketed as useful for students who research using these beverages.

Q: So, where does the danger come from, that we hear so much about?

A: The danger comes from three sources. One is the danger of poorly formulated energy drinks containing too much sugar and/or caffeine anhydrous, which cause both short-term and long-term unwanted effects on health. The second, bigger danger is that caused by marketing these drinks to young people with advertising which subtly and sometimes not-so-subtly encourages abuse.

The high sugar content of most of the energy drinks is often overlooked as an open source to weight reduction and is a contributing factor to diabetes, Type 2, as well as a long list of psychological disorders. (See the book, Suicide From Sugar, by Nancy Appleton, PhD, and G.N. Jacobs).

Finally, there is the threat posed by mixing energy drinks with alcohol. Even in the hands of experienced mature adults, alcohol by itself can be dangerous. In the hands of youths who have little knowledge or appreciation for the discomforts, as well as the potentially lethal dangers of alcohol together with energy drinks, there can be trouble. Poor sleep quality and poor performance in school are just the tip of the iceberg when teens get heavily into this mixture.

Energy drinks, like fire, are a tool that could be very helpful in skilled hands or a terrible danger when handled by those who don’t appreciate the discipline needed to safely use this tool. As in the case of any product that is bought in the marketplace, caveat emptor is good advice for those who choose to use energy drinks (Let the buyer beware!)

A good understanding of the energy drink facts can help you decide which energy drink — if any — is perfect for you. Royal Palm Beach Bat Removal can answer any addition questions you may have.